‘Treasures from China’s Past’ Focal point of our exhibition ’Treasures of China’s Past’ will be important works of art from private collections dating from the Northern Wei to the Qing dynasty.

These will be shown alongside an important group of museum worthy three-coloured ‘sancai’ wares, previously in the collection of the famous Hong Kong dealer and collector Susan Chen (‘Sze Yuan Tang Collection’). 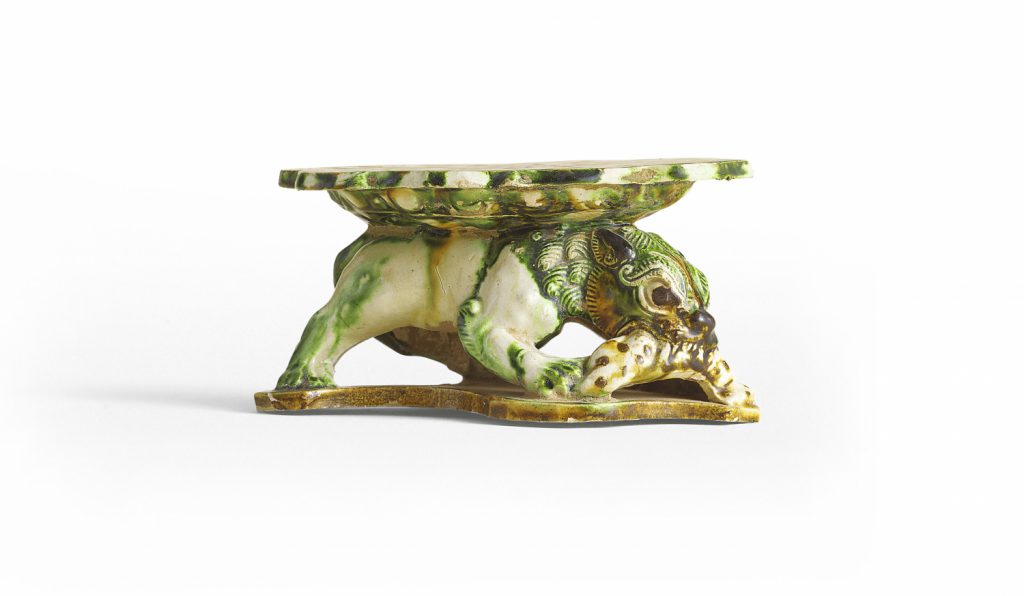 Published:
‘The Splendour of Sancai – The Sze Yuan Tang Collection’
Compare a similar example at the Victoria & Albert Museum, London

This rare ‘sancai’ glazed lion pillow (Tang Dynasty, 8th century, 14.5cm wide) is one of the best examples of animal pillows to have survived from the Tang Dynasty. Created in the 8th century at the height of the Dynasty, it vividly depicts a hunting lion devouring its pray. Unlike other pillows of this type that normally show static animals, this pillow successfully captures the vitality and ferociousness of a hunting lion.

The naturalistic modeling is enhanced by the well controlled use of the three-coloured (san cai) glaze, highlighting the features of the animal and adding drama to the scene. It shows how the potters of the 8th century had mastered the use of coloured glazing and were able to incorporate it successfully in their designs. The lion is a sacred animal in Buddhism, and is regarded as the guardian of Buddhist law. Its roar is an analogy of the spreading of Buddha’s teaching, as well as the quelling of evil. As lions are not indigenous to China, the Tang potters were unlikely to have seen one, even though there are records of lions being given as gifts to the Tang court. The Chinese character for lion, furthermore, is written with the particle for ‘dog’, indicating it is part of the canine family in the Chinese mind. It is therefore not surprising that when we see models of Tang lions, they often seem more canine then feline. 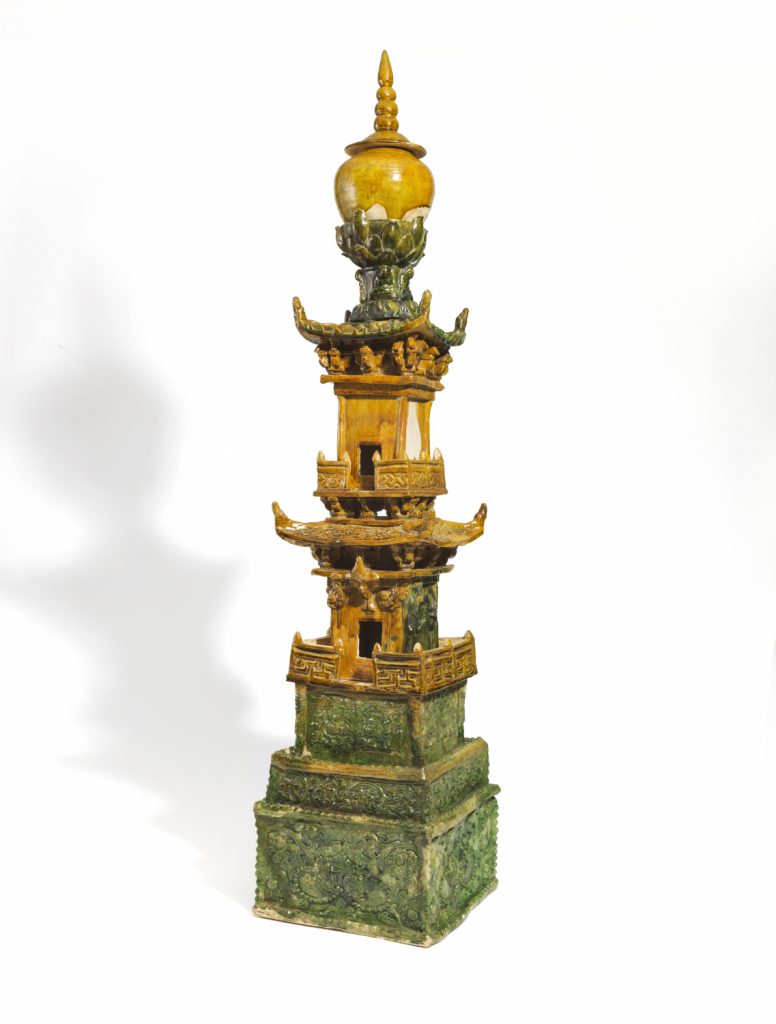 Multi-storied towers such as this one can first be found in tombs of the Eastern Han Dynasty (25-220 AD), in north central China. They evoke the appearance of a new building type, a stand-alone tower designed to serve as a pavilion or watch tower for pleasure and entertainment, constructed in wood, plaster and tile.

The current example is especially rare as it dates to the Liao Dynasty and is executed in a ‘sancai’ glaze. The different lose elements are carefully arranged to form this delicate structure. 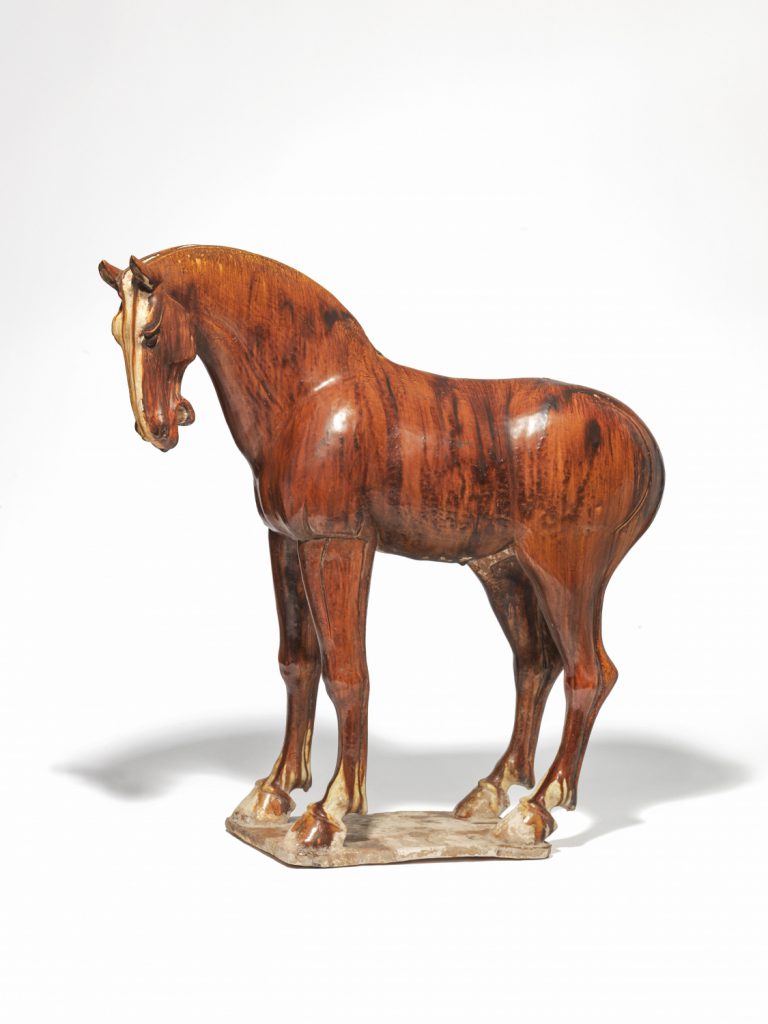 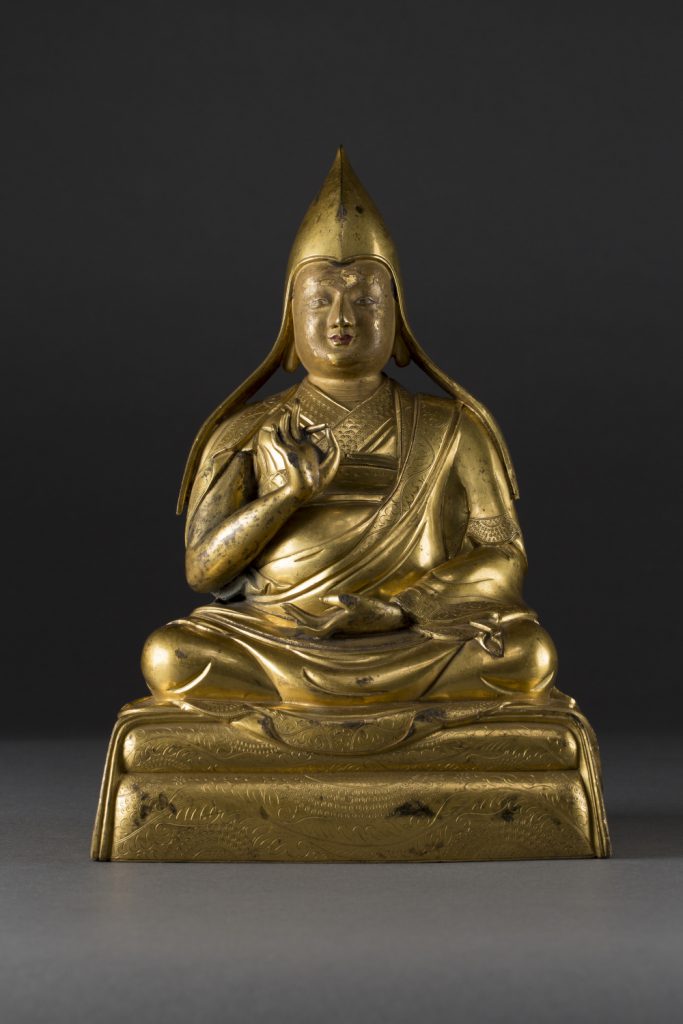 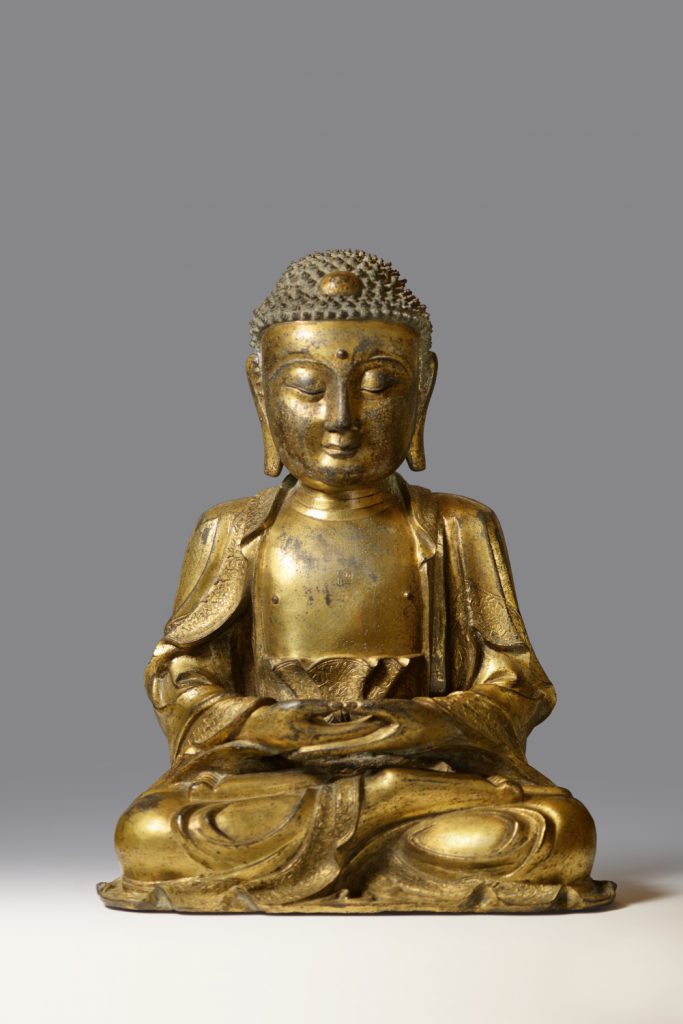 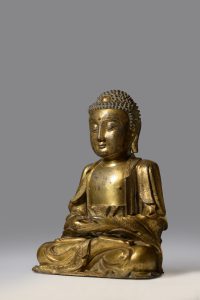 Provenance:
From the collection of Dr. Schoorens, Belgium. Acquired in Hong Kong 1989 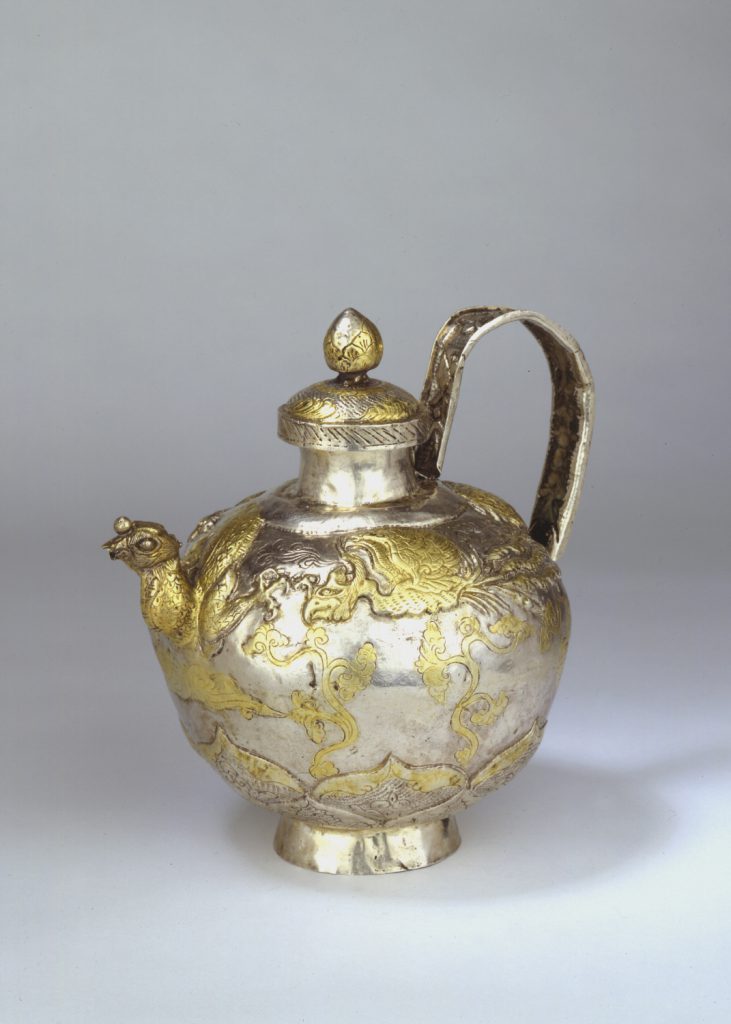 A silver gilt ewer of fine workmanship, richly gilded and decorated with designs that are raised, incised and punched.

A powerful bird headed mythical winged creature with the body of a dragon is depicted on the top of the ewer, with the birds’ head forming the spout.

Accompanying this bird like creature are two other mythical birds Phoenix, are shown in flight with outstretched wings and long flowing tails. They fly above long stemmed vine like plants, and amongst cloud patterns. Floral patterns decorate the handle and the cover, whilst the base of the ewer is decorated with a design of upturned lotus leaves. 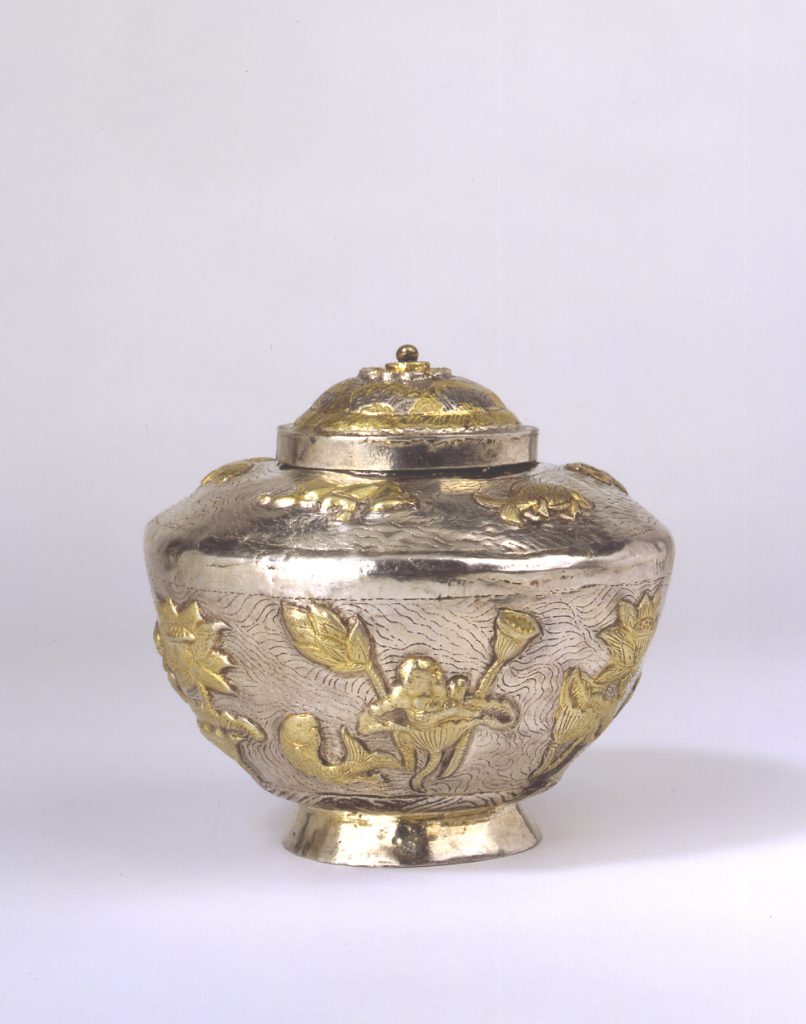 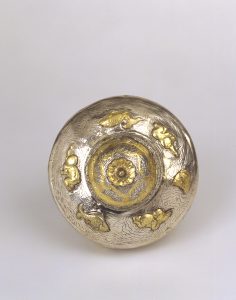 A silver gilt container decorated with an aquatic scene of happy babies playing amongst water lilies and fishes, which are set against a background of incised water patterns.